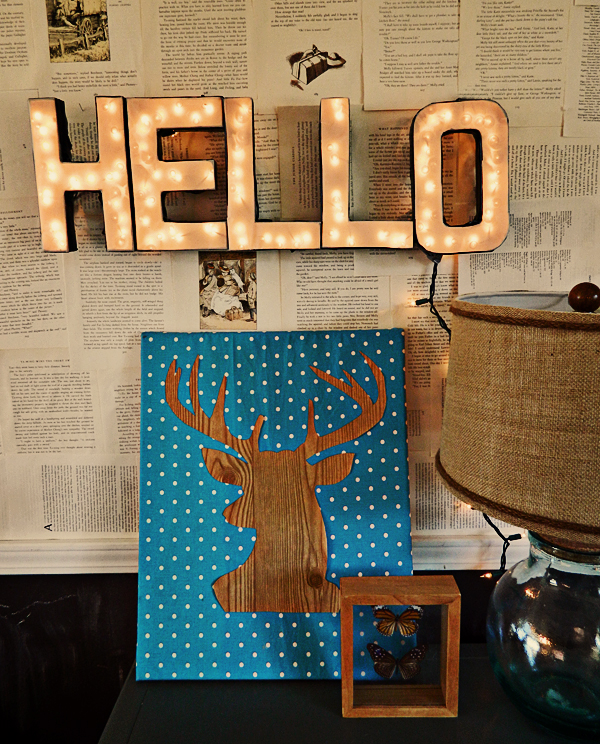 Lighted signs or aka Marquee signs are all the rage now. Well at least on Pinterest and craft sites. Here, let’s take a moment to look at some eye candy. 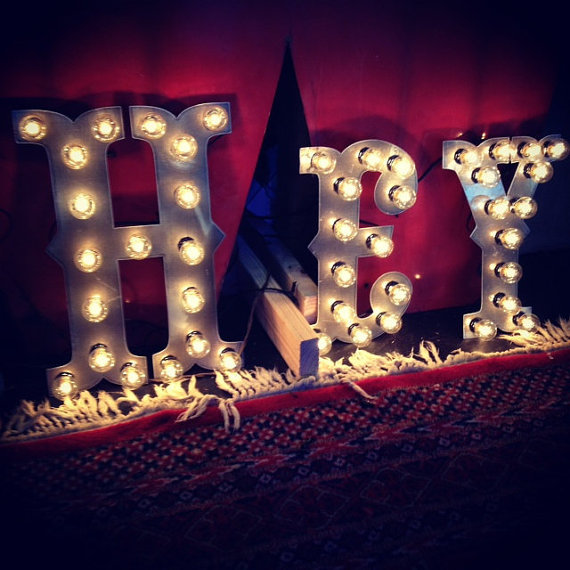 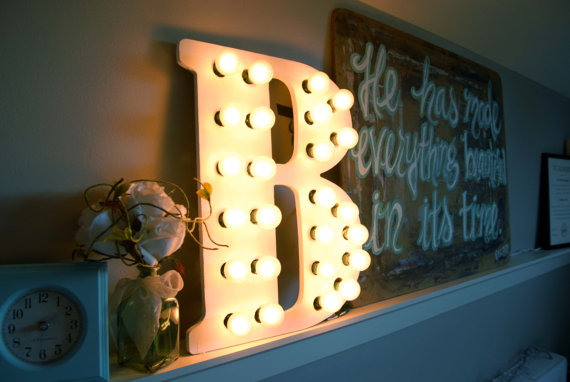 Most of the DIY versions are overly involved cutting, gluing, drilling, sawing, spinning, crocheting, magical potions…. ok, maybe not those last three. But in general all the DIY versions I saw were either expensive or just looked like a pain in the heiny to make.

Plus I had a really hard time sourcing those round bulb strand of lights (But on the other hand I have TONS of twinkle lights… CURSES!!!) I tried to make mine as easy and inexpensive as possible (using twinkle lights).

The cardboard letters are from hobby lobby and I picked them up for a dollar each (on sale), all other materials I had on hand. Each letter took me less than 10 minute to create.

So how’s that for inexpensive and easy….

Let’s take a look at how I made this lighted letter sign, tips and tricks to follow…

BOOM-Shaka-laka! Take THAT!!! sign for sale that costs almost as much as a car…

Obviously, this version is not as grand as those exposed bulb metal ones, but it is still pretty dang good for 10 minutes, some tape and a strand of twinkle lights. Here is how I did it: 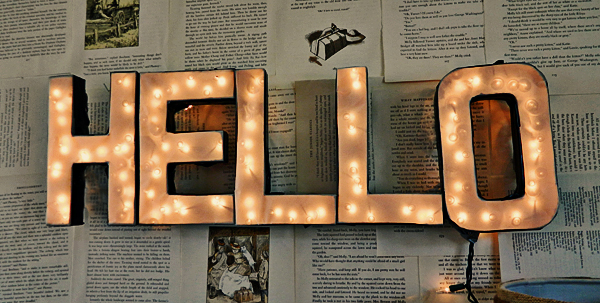 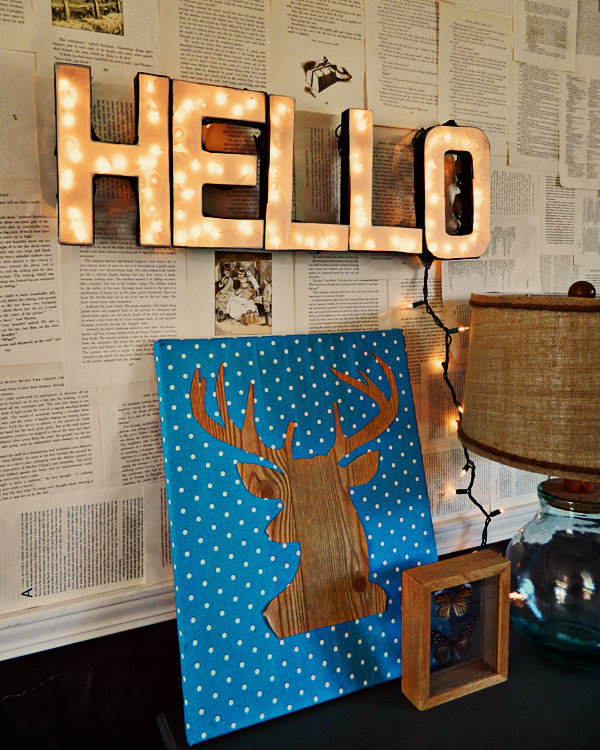 Any ideas for other words? I’m kinda over the usual LOVE, FAMILY, Names etc.

Some chocolate chip ice cream followed by a swig of peanut butter is on the agenda for me right now while I gawk at my TV bf Timothy Olyphant.